Also known as the Hubble Dubble Tube from Supreme.

An impressive and classy looking prop; beautifully made in true Morrissey style.

A brilliant adaptation and development of the original Phantom Tube effect, the Twin Phantom (re-named and sold by Supreme as “Hubble Dubble”) is – basically – two Phantom type tubes used for the production of silks from BOTH ENDS of one long tube that has not only been assembled in performance… but also shown to be empty FROM BOTH ENDS!

No silks are provided with this product, although are available via Supreme

Hubble-Dubble Tubes came out in 1964, the result of us packaging Phantom Tubes, realising that if two such tubes were placed open ends together, the one unit could be shown empty from both sides. We have re-introduced this outstanding product and had it manufactured for us by Morrissey Products of Canada to their superb engineering standards. This, like the Phantom Tube itself, is already firmly established as one of the all-time classic props. Now updated, we are proud to offer you this model.

A rare opportunity to purchase the last of the original Morrissey Magic stock. 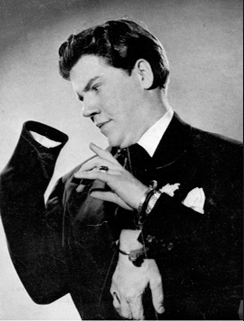